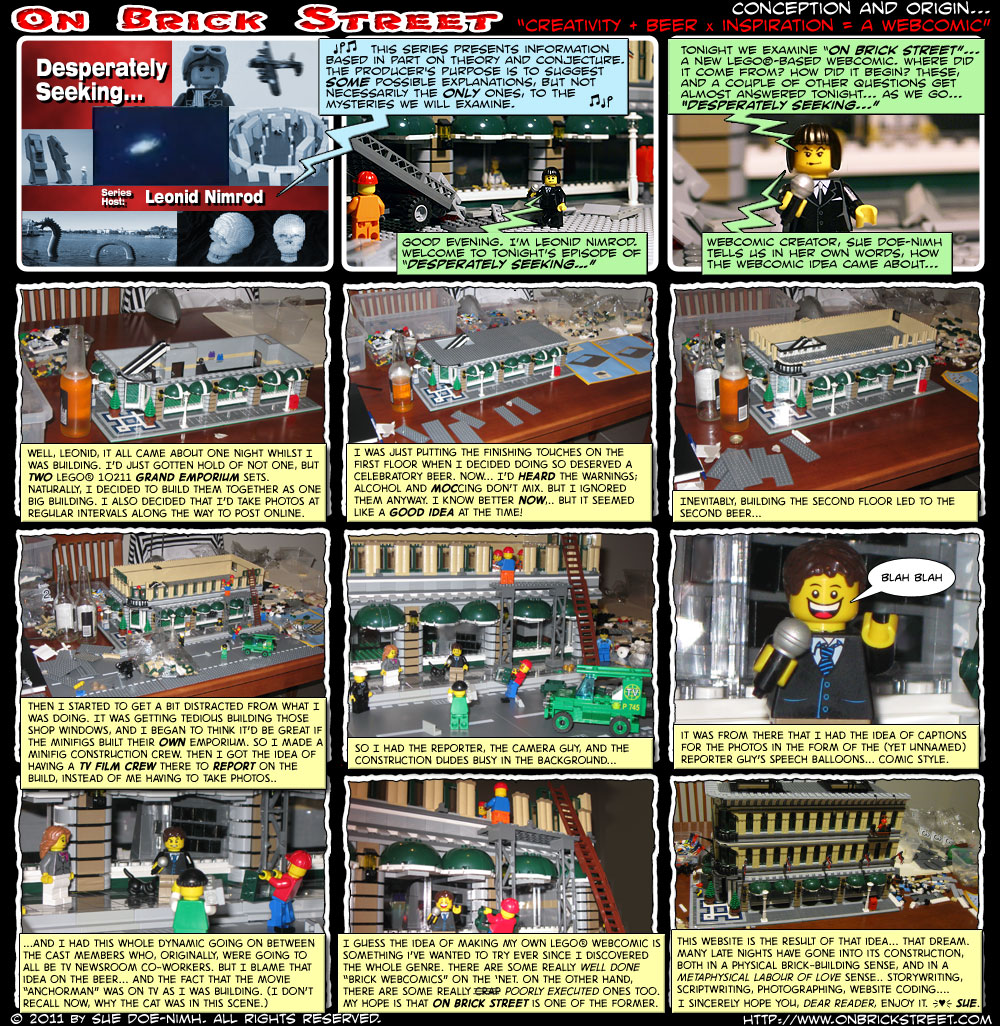 In the '70s, Star Trek's Leonard Nimoy used to host a show called "In Search Of..." where each week they would investigate a so-called "mystery of the world"... missing persons, UFOs, etc. The first frame of this strip features a Lego®-fied recreation of the opening titles screen of that show.


This strip was the dawning of the On Brick Street webcomic. I managed to get hold of two Lego® Grand Emporiums, and decided to combine them. While I was doing so, I began to wonder what it would be like if the Minifigs had to build their OWN surroundings, how they would go about it, and how meta-aware they'd be... On Brick Street was the result of wondering how to present these ideas.
It also explains how the fourth wall in this comic can be so... "flexible".
I blame the beer. Folks, don't drink and MOC.


This strip is part of the Metaworld theme. These are the lives of the everyday self-aware minifig...

This strip was originally published on Monday the 20th of June, 2011.

The permanent URL for this strip is https://www.onbrickstreet.com/?strip=-76.